Globalization and Manufacturing in Mexico

The world economy has become inextricably linked thanks to increased cooperation between manufacturers and distributors across international borders. At the same time, extending your manufacturing operation to regions that offer competitive prices and talented workers gives international firms the ability to become more flexible in a dynamic globalized economy.

The most cost-effective regions for outsource manufacturing like China and other Asian nations have rapidly developed over the past decade. This development has led to increased expenses for manufacturers to produce and distribute goods. This is especially important for businesses with consumer markets that may be far from manufacturing facilities. According to a Bloomberg Businessweek article, several countries have begun implementing protectionist trade and economic policies which will likely have a detrimental impact on international firms looking to enter new markets. For sustained growth, it's crucial that businesses take advantage of the benefits offered by globalization and they can do so in a variety of ways. 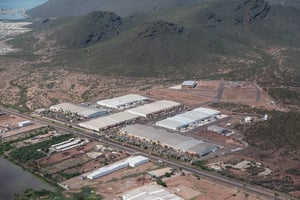 Companies that are falling behind are limited by governmental policy that restricts access to international partnerships. This means companies need to make smart decisions regarding which countries to develop trade agreements with. NAFTA, now USMCA, has made it much easier for companies that manufacture in Mexico and the rest of North America to develop cross-border partnerships. According to Businessweek, the favorable  trade climate provided by NAFTA allows businesses to avoid many of the costly tariffs and taxes that other overseas markets must deal with. At the same time, engaging in trade with neighboring countries eases tension in a complicated global supply chain.

In the U.S., many companies have called for eased immigration regulations in order to improve access to talent necessary to remain competitive. In fact, Businessweek explained Google and General Electric have consistently argued for immigration reform that will allow more skilled tech workers to work in the U.S. Regardless of government action, international companies already have access to skilled labor markets in neighboring countries. In fact, Mexico has consistently shown it has workers with the requisite skills to supply businesses in the aeronautic, automotive, medical device, and electronics manufacturing sectors with engineers and other technical workers. One of the main benefits of globalization has been the ability for international firms to leverage the expertise of a foreign workforce at competitive costs. This continues to be the case, especially for companies that offshore in Mexico.

Make Use of Cost-Effective Trade Policies

As previously mentioned, various countries have implemented trade barriers that limit the access foreign companies have to offshore manufacturing. Regardless of how strict countries are in welcoming international partnerships, third party manufacturing service providers like Manufacturing Communities can help organizations gain detailed knowledge of tax regulations and labor laws that are crucial for businesses to understand. The computer maker Dell explained that multinational firms can lower their tax liabilities and expenses associated with complying with labor regulations, which can significantly impact their bottom line. While USMCA attempts to establish a foundation on which businesses can support international partnerships, the tax laws in Mexico and other manufacturing stronghold regions require the necessary attention to ensure companies are complying with local and federal regulations.

Perhaps the most significant advantage of globalization has been the ability for international companies to reach a greater number of consumers across the globe. Automakers in Asia looking to reduce the time needed to deliver cars and trucks to their target markets in the U.S. and Canada have invested in manufacturing facilities in Mexico. At the same time, Canadian and American aerospace manufacturers have developed facilities in Mexico to reach international partners using the strong distribution infrastructure the country provides.