Investment and Infrastructure in Queretaro

In the past decade Queretaro has grown into a productive, educated and overall prosperous manufacturing location. Access to major cities in Mexico and the U.S. make the state a major manufacturing hub for high skilled production. Queretaro’s infrastructure and industrial plants all contribute to the success of industry development in Mexico. The logistics of the state open opportunities for trade and FDI, as goods pass through Queretaro’s highways.

As a main access point for goods and carriers, the capitol, Santiago de Queretaro, is know as a logistics center with access to various roads and connections around the world. Queretaro has 295 miles of railway within its 4,500 square mile radius across state lines, and is home to the fastest growing Mexican airport, international or domestic. Goods pass through the state on their way to Canada and the U.S. connecting to other manufacturing hubs such as Mexico City and Saltillo. Specifically, the city is close to the NAFTA corridor and interlinked with the national rail system. Corridors in the state reach across Mexico and the rest of North America and also connect thousands of miles of roadway with various manufacturing sites.

Queretaro’s access to the U.S. and Canada begins with the highways that lead to main port cities in the U.S. For example, Houston is 924 miles from Queretaro with stops in San Luis Potosi, Monterrey, and San Antonio. Albuquerque is 1,274 miles from Queretaro with stops in Torreon, Chihuahua, and El Paso along the Pan-American Freeway. Los Angeles is 1,740 miles away with stops in Guadalajara and Hermosillo. Queretaro’s close proximity to Mexico City is also a benefit as it’s a short 136 mile drive between the two industry hubs. The initial access to U.S. and Mexican port cities is just the beginning of shorter travel times to the rest of North America.

Manufacturing in Queretaro contributes to the developing infrastructure and is home to many major industries. Aerospace, automotive, IT, home appliances, and food production are the top five producers with a presence in Queretaro. As big name companies produce and invest in Queretaro, high skilled industrial plants begin to hold ground and enable the state to prosper.The state’s support for higher education and infrastructure has also contributed to the prosperous industry development. In 2016, 31% of Mexico’s infrastructure budget went to the state capitol, which also maintained most of the foreign investment.

The infrastructure in Queretaro enables strong foreign and state investment to prosper. When manufacturing in Queretaro it’s always smart to understand the overall logistics of starting and maintaining production. Being aware of various considerations that will benefit company logistics and cooperation in Queretaro will garner success in any operation. Understanding how to manage your logistics is just the start. 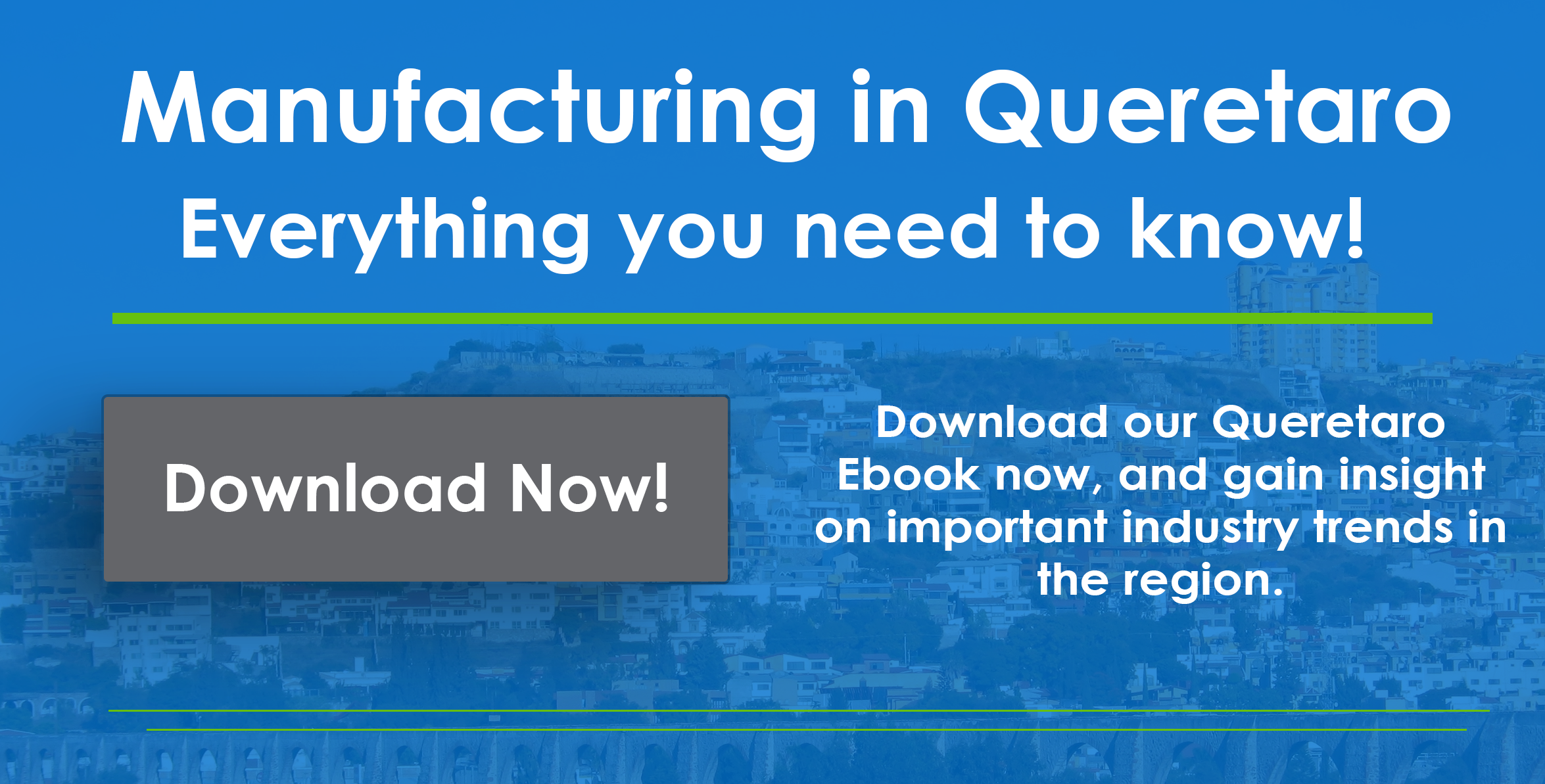