The plastics injection molding industry in the United States has been consolidating companies since the early days of the recession in 2007. Lowering costs and slowly increasing the number of skilled employees has led many companies to alternatively nearshore operations in Mexico.

There are roughly 475 injection molding establishments in the United States. On average, each establishment employs 44 total employees. The number of players in the market is trending down as most companies choose to grow through acquisition rather than expand domestically or internationally. The main factors in company consolidation are due to a rise in automation and an inability to bounce back after the recession. The state of Querétaro is aware of these needs, and recently announced its newly organized plastics cluster as a solution to the current problem.


Plastics manufacturing is the fifth most productive industry in Querétaro, a state dominated by aerospace and automotive manufacturing. The government believes the formation of a plastics cluster can push the state to higher economic standings, and thrive as a supplier region. In 2017, Querétaro established a plastics cluster to compete on a global scale. 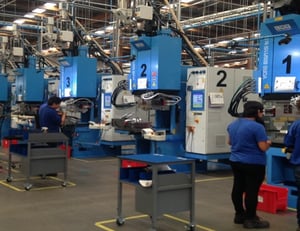 In the past 5 years the plastics industry in Querétaro grew at an annual rate of 12.9%, to land more than 20,000 employees by 2017. The state provides certification and training programs to future and current employees in the industry. The programs within the cluster are supported by the participation of the Querétaro Technological University, CONALEP, and the Querétaro Institute of Tools and Dyes.

As Querétaro ’s plastics industry thrives, so will niche branches and suppliers within the industry, including plastics machinery manufacturing, plastic parts manufacturing. Both cater to the plastic injection molding process.


Plastics machinery manufacturing within Querétaro’s cluster has the potential to maintain a high production value at a low cost.  Over the past 5 years, the annual revenue for plastics and rubber machinery in the U.S. is $3.3 Billion with an annual growth of 1%. With much of the industry’s revenue depending on export sales, reliance on specific parts from countries like Mexico helps boost international trade for manufacturers in the U.S.  Specifically, 40% of the revenue over the past 5 years have come from a strong increase in exports to Mexico and Germany. As an industry that enables suppliers, locating production at the source of plastic production could be a competitive advantage for companies.


The plastics industry in Querétaro is also part of the wider industrial manufacturing family in Mexico, and caters to each of them. Appliances, biotechnology, and home improvement tools benefit from plastic parts manufacturing to enable a faster assembly process in bulk. The current and forecast of high demand for plastic products within specific markets positions the country at a competitive advantage to enable company and industry growth. 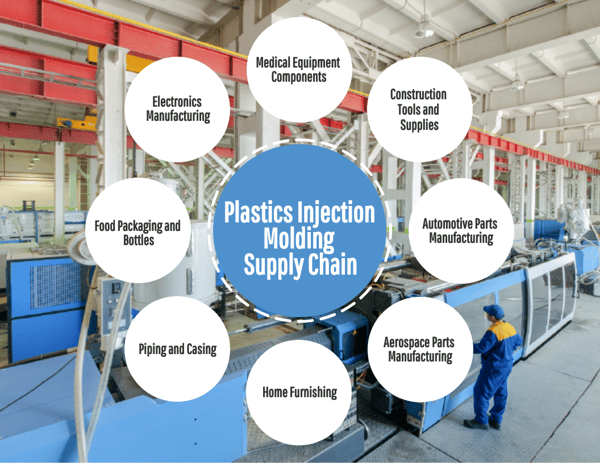 The main advantage of plastics injection molding in Mexico is the country’s ability to scale a massive production process. The introduction of a plastics cluster in Querétaro can help streamline the process from design and initiation to assembly line production on a large scale for a low cost.