U.S. Mexico Trade Agreement: What It Means For Manufacturers

The recent “NAFTA talks” between Mexico and the U.S. are coming to a close as negotiators have agreed on trade stipulations between both countries. The new agreement mostly focuses on automotive manufacturing with small implications in other industries. The trade agreement still needs to be passed by both countries' legislation and signed by Canada to gain its full benefits. Sources have also stated that the new rules will be implemented in 2020, with a gradual transition through 2023.

The main points being negotiated are listed below, with an attempt to provide insight on how the projected agreement will affect manufacturing in Mexico.

One of the main concerns companies might have going forward is the cost to manufacture in North America. The agreement will enforce that 40% - 45% of the automotive products being manufactured come from higher wages set at $16 an hour. This number coincides with the average amount of U.S. materials used in automobiles already being manufactured in Mexico. Some companies with a large part of their assembly and production line in Mexico might have to raise their current wages to follow the proposed agreement. Although lawmakers believe these stipulations will incentivize manufacturers to stay in the U.S. and away from lower-waged labor markets, companies that have to raise their wages to comply with the agreement might start looking for more cost-effective solutions elsewhere. 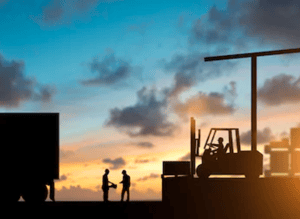 The rules of origin for the proposed agreement state that 75% of an automobile sold in the U.S. or Mexico must be made in either Mexico or the U.S. — NAFTA standards have it at 62%. There is a boost in the U.S. metal industry because the agreement adds that 70% of all steel, aluminum, and glass used in automobile production should also originate in North America. In this case, many supply chain companies in the U.S., Mexico, and Canada might have the upper-hand for materials sourced in house.

To ensure the agreement stipulations will remain a constant for companies doing business in a bilateral manner, the deal implements a 16-year compliance with the ability to be reviewed after 6 years, every 6 years. This decision was made thanks to previous negotiation settings where Mexico and Canada argued the fact that companies needed greater assurance for long-term investments to help boost trade.


Manufacturers already manufacturing in Mexico or outside of North America that don’t meet the criteria, will only be fined a 2.5% tariff, which is marginally less than a raise in wages, or a shift in supply chain. Companies that begin new manufacturing operations after the agreement are said to only meet a 50% regional content requirement for the first 5 years before being penalized. Overall, the 2.5% tax will most likely raise the price of vehicles, putting the added costs onto the consumer.

According to a post by Automotive News, Kristin Dziczek, vice president of industry, labor, and economics for the Center of Automotive Research in Ann Arbor stated, “The vast majority of vehicles made in the U.S., Mexico and Canada are above the requirements … If Canada doesn't sign on, it's a problem.” If Canada signs the agreement, many of the automotive companies already manufacturing under NAFTA would meet and possibly benefit from the new requirements. The only thing possibly holding the country back would be the country’s disagreement on dairy trade with the U.S. along with Chapter 19, a retention of anti-dumping and countervailing duty laws.

The current 90 day waiting period for congress to review the agreement and the ongoing negotiations that include Canada put the excitement of the agreement announcement at a standstill. The proposed agreement might also clear many uncertainties that have been up in the air since the beginning of the NAFTA negotiations. With a four year implementation period and a country still negotiating their needs, manufacturers should continue production as usual.