Wages in Queretaro for Direct and Indirect Labor

Manufacturers often find Mexico an appealing base for their nearshore operations because of its reputation for a workforce well trained in complex tasks yet available at a cost-effective rate. And while that's true, foreign direct investors moving into Mexico should also expect these rates to vary from region to region.

Manufacturers must also balance the cost of labor against other costs—including industrial space, infrastructure, and freight, among others—to ensure the cost savings won't turn into a burden in the end. Also, any given factory will rely on a mix of direct and indirect labor. These labor costs can vary widely by specific roles and geographical regions.

Querétaro's baseline wages offer automotive and aerospace manufacturing companies, among others, a sense of what to expect in terms of labor costs. Let's take a look at labor rates in Querétaro in more detail.

The small state of Querétaro, centrally located in Mexico's Bajío region, is home to more than 2 million people. It is an area rich both with cultural attractions and manufacturing opportunities. Foreign firms invested more than $1 billion in Querétaro in 2019 alone, much of that in manufacturing. Foreign direct investment in aerospace is higher in Querétaro than in any other Mexican state. Still, the state is also home to industrial clusters serving automotive and home appliance manufacturers as well as retail food production.

Because Querétaro is known for offering a high quality of life—with higher wages than other states in the region, a record for safety, and numerous amenities—the state attracts immigrants from nearby states amounting to approximately 67 people each day. It's a workforce eager to make the most of available opportunities in aerospace or automotive manufacturing.

While the mention of higher wages might keep some foreign manufacturers from considering Querétaro as a source of cost-effective labor, it's essential to break down the numbers further. First, interior regions such as Querétaro offer advantages beyond cost when it comes to labor and the local workforce. Employees here tend to be highly educated, able to access reliable transportation to industrial parks, and less prone to turnover than their counterparts at border maquiladoras. Turnover rates average about 4 to 6 percent per month in the region, compared to as high as 12 percent in the other areas.

Also, there are wage variations among industries and positions. To get a better sense of what you might expect to pay in wages at your Querétaro facility, you need first to assess the number of skilled versus unskilled laborers you'd need to round out your workforce.

Manufacturing in Mexico requires a mix of direct and indirect labor. Direct labor is usually defined as activities that are charged by the hour during the reporting period in which the employee is in the production process. In a factory in Mexico, typical direct roles include:

In factories, indirect labor is typically paid from a cost pool and is accounted for separately from direct labor. Common roles among indirect laborers include materials planners, quality control engineers, and production managers. Across the board, indirect workers make much more than their direct counterparts, although these wages also range. An experienced CNC programmer may command an hourly salary of $12.00 USD, while a skilled production manager might earn over $30 USD per hour.

It's worth noting that Querétaro has seen high demand for engineers as firms set up complex manufacturing operations across the state. The state is well prepared to meet that demand, as it is home to 102 technical centers and 74 higher education institutions devoted to developing engineers and machinists, among other skilled positions. Many of the state's educational institutions are dedicated to supplying regional manufacturers with well-trained job candidates. A prime example of this is the Universidad Aeronautica de Querétaro, which was launched in 2007 to attract investment from aerospace giant Bombardier.

Get a full cost breakdown

Wage will be a central part of any discussion around nearshoring in Mexico, but serious investors must consider the full cost picture before selecting a region. It's the predictability of the cost savings possible from manufacturing in Mexico that have contributed to the country's rise as a nearshoring powerhouse. Mexico's hourly wages have held a steadier trajectory than other popular manufacturing locations, including China and Brazil, over the past decade. In 2013, China mandated a 13-percent minimum wage increase over five years, while steadier wages in Mexico have ultimately made it a lower-cost option.

The savings may seem counterintuitive at first, as the Mexican National Commission on Minimum Wages sets regular increases. For 2020, the Commission has increased the daily general minimum wage to $6.50 USD per day. However, since 2013 the Mexican Peso has declined sharply in value against the USD. This has made it easier for U.S. manufacturers to shoulder the costs of operations in Mexico.

Of course, as noted above, there are variations across regions. Wages in Querétaro tend to be the highest in the Bajío region for a good reason. To begin to map out the full cost benefits of manufacturing in Querétaro, contact Tetakawi today and receive a complimentary estimation of your payroll costs in Queretaro. 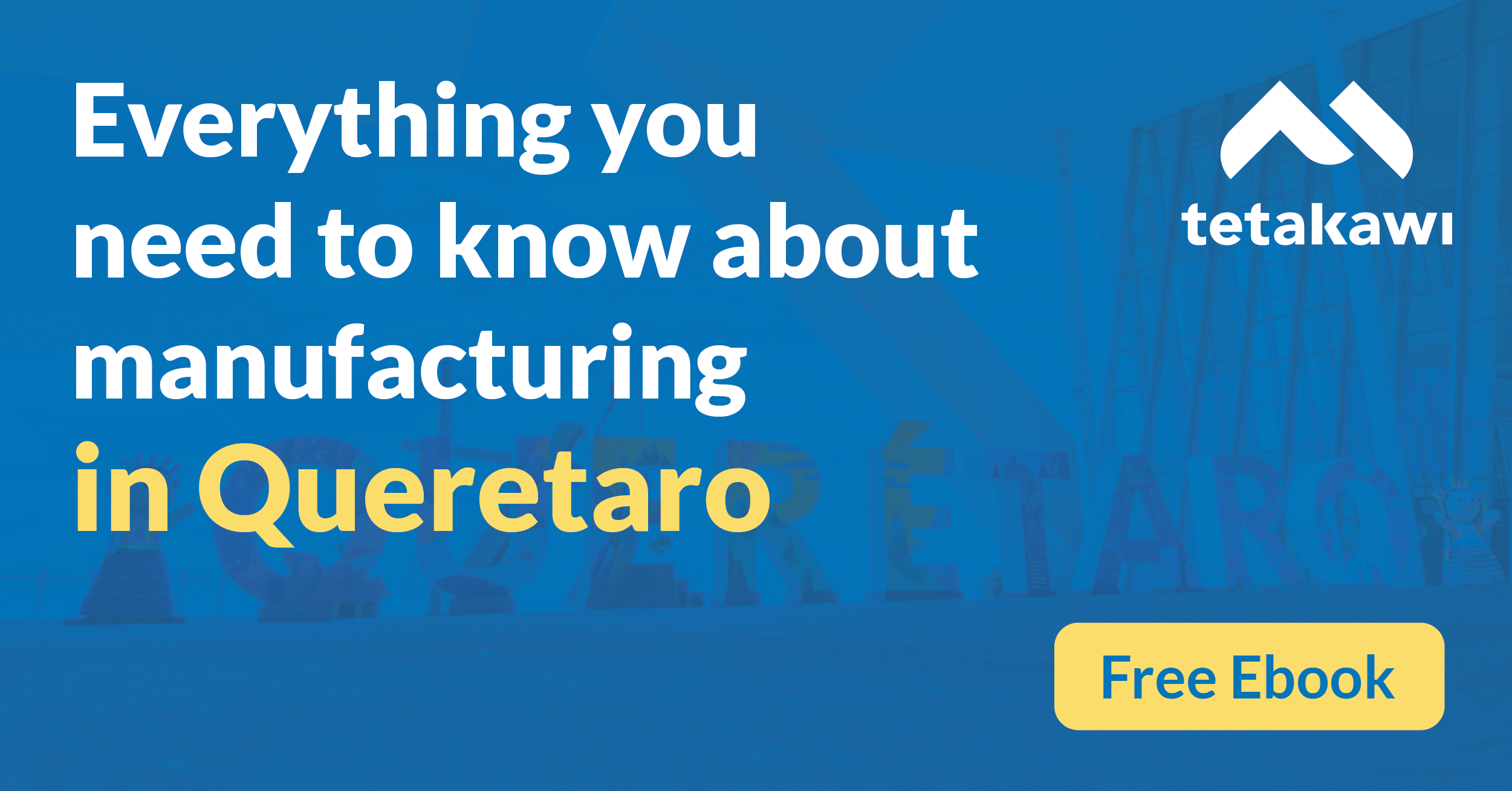 START YOUR JOURNEY INTO QUERETARO TODAY!

Thinking about expanding into Queretaro?

This ebook will provide you information about wages, local industry, demographics, and more!

What does it cost to manufacture in Mexico? Use our online calculator to find out.