Complete Overview of the Ford Hermosillo Stamping and Assembly Plant

Ford’s Stamping and Assembly plant in Hermosillo, Sonora, has been one of the standout successes of the company’s automotive factory rollout initiative in Mexico. Known to produce high-quality work — and staffed by a highly-trained workforce — the plant has been running for decades and shows no signs of slowing down anytime soon. In the following article, we’ll be taking a look at the history of the plant and what kinds of Ford models the factory has been manufacturing. We’ll also discuss how your company can set up a factory in Hermosillo to supply Ford and help them achieve their localization goals in Mexico. 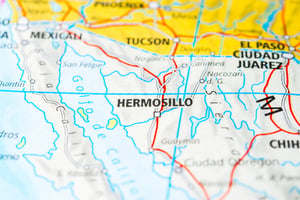 The Hermosillo plant began production in 1986 and has worked consistently since then, producing Ford and Lincoln models of car. Initially owned jointly by Ford and Mazda, the factory — which has roughly one and a half million square feet of floor space — is currently solely owned by the Ford Motor Company, and today employs more than 2500 people.

Although component parts were originally shipped from Japan, the emergence of local suppliers has led to a steady increase of local content. To allow for rapid production shifts between Ford models, the company invested more than a billion dollars in a nearby supplier park, which drastically increased the productivity of the plant to a capacity of 300,000 units a year.

Ford’s Hermosillo Stamping and Assembly plant is a flexible manufacturing site, and has been for some years. In the early 90s, there was a drought in the area that threatened productivity. The plant responded to the emergency by reducing its water usage by 40%; it was also able to supply the city of Sonora with water from its own wells.

Ford’s plant in Hermosillo has a proud heritage when it comes to the kinds of Ford models it produced, having played a part in creating some of the company’s most recognizable names throughout the years. Initially starting out by producing only the standard Escort in 1986, it was only two years later, in 1988, that the Escort Tracer Sedan was added to the list of products. These two Ford models continued to make up the plant’s catalog until 1997, when the Escort Coupe Sedan was introduced to the factory. The Focus ZX3 and ZX5 rapidly followed, with both types added to the plant in 1999. 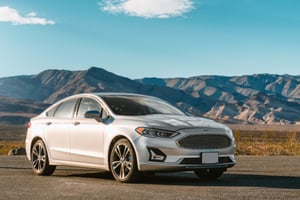 Expansion continued past the turn of the century, with the manufacturing of the Focus SVT commencing in 2002, and the Focus PZEV following suit in 2004. In 2005, production began on two new Ford models: the Mercury, and the Fusion (which latter product continues to be manufactured at Ford’s Stamping and Assembly plant in Hermosillo today). 2010 saw three new arrivals at the factory, with the Ford Fusion Hybrid, Lincoln MKZ, and Lincoln MKZ Hybrid all starting production.

What Cars Does Ford Manufacture in Hermosillo, Mexico?

Today, the Hermosillo Stamping and Assembly plant manufactures Ford Fusion and Lincoln MKZ models for various markets, including domestically in the United States, Latin America, and Canada, as well as in South Korea, Africa, and the Middle East. Since 2012, the annual output of the factory has been 38,000 MKZs and 260,000 Fusions.

Recently, Ford made a huge announcement by confirming plans to build a new model called the Transit Connect in Hermosillo. The Transit Connect is a vehicle that is designed to serve as a van for both commercial and personal usage and promises a plethora of new jobs to be created in the Sonora area. At the moment, the Transit Connect is being manufactured in Valencia, Spain — Ford is keen to move production to Mexico as that would allow the automotive heavyweight to meet the North American requirements of the recently-renegotiated USMCA agreement. 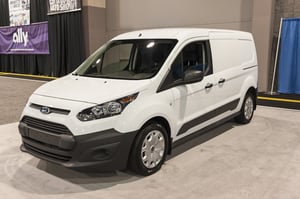 By producing the Transit Connect in Ford’s Stamping and Assembly plant in Hermosillo, jobs will be created across a wide range of different locations, including manufacturing work for the companies who supply the factory with the component parts of the model. It’s because of this significant boost to the local economy that Claudia Pavlovich, the Governor of Sonora, hailed the announcement as ‘excellent news,’ particularly considering the gradually declining sales figures of the Fusion and the Lincoln MKZ in recent years. The Transit Connect is expected to begin production in 2021.

Another new model that will be produced in Ford’s Stamping and Assembly plant in Hermosillo, in addition to the Transit Connect, is the so-called Bronco Scout. As a matter of fact, the real name has so far been kept secret; the Bronco Scout name was reported by Autonews Mexico, but has yet to be confirmed, and a Ford executive claimed that name couldn’t be used for trademark reasons. Designed to be an off-road version of the 2020 Ford Escape, the modern SUV offers more ride height, a more boxy design, and more rugged internal hardware. Its off-road capabilities are intended to compete with other compact SUVs such as the Jeep Compass (which, incidentally, is also manufactured in Mexico).

It remains to be seen whether manufacturing the Bronco in the Ford Hermosillo Stamping and Assembly plant will require the discontinuation of the current production of the Ford Fusion and the Lincoln MKZ. Given the fact that the Transit Connect will also be introduced to the Sonora location at around the same time, it seems unlikely that the plant will continue manufacturing four Ford models at the same time, which would represent a significant departure from the way the factory has been operating for the last three-plus decades. The Bronco will make its debut in the spring of 2020, at which point more precise information about the manufacturing process at the Ford Assembly and Stamping plant in Hermosillo will be made known to the public.

Hermosillo's workforce has proven itself over the last several decades to be talented, versatile, and resilient. From rapidly changing the Ford models being produced in the plant to retraining to accommodate different suppliers, the working population of the town is proud of its abilities, and rightly so. Such a body of workers would be an asset to any automotive component suppliers interested in helping Ford to meet its supply needs — but the benefits of creating a supply plant in Hermosillo don’t end with the workforce.

Hermosillo is one of the fastest-growing metropolitan areas in Mexico; it’s actually growing at a faster rate than the underlying population is. Having doubled in size in less than 30 years, Sonora’s capital is determined to continue pushing the boundaries, by integrating renewable energy solutions and adding to its already potent capacity for supporting manufacturing investment.

Local government and higher education groups alike are keen to invest in the manufacturing organizations which have been driving their city’s economy. But in order to be sure of your investment, you need to partner with a group who knows the lay of the land and can advise you on how best to get your supply plant off to a roaring start.

How Tetakawi Can Help You

Tetakawi has a state-of-the-art industrial park in Hermosillo, only 15 minutes away from Ford’s Assembly and Stamping Plant. By pairing world-class infrastructure with shelter services and a highly-trained and reliable workforce, Tetakawi's Rio Sonora Manufacturing Community is the perfect location in Hermosillo for automotive parts manufacturers who want to supply Ford's factory in Mexico.

On top of the infrastructure and services, Tetakawi also provides you with the most invaluable asset of all: experience. Mexico is a vibrant, rapidly-changing commercial landscape, and Hermosillo’s rich manufacturing history makes it one of the most exciting places to set up a manufacturing facility in the country. We’ve spent years understanding the complexity of the workforce, the potential of the area, and the overall infrastructure, which gives us a unique perspective when it comes to the assistance we can provide to automotive companies who are interested in taking advantage of everything Hermosillo has to offer.

When it comes to doing business in Hermosillo, the possibilities are endless — but that doesn’t mean you should gamble. Make sure that every decision you make is well-informed, thoroughly thought-out, and economically sound considering the area’s culture, history, and strategic benefits. Tetakawi can work with you at every step of the way in order to ensure that your goal of helping Ford to meet its localization needs in Mexico becomes a reality. Contact us today for more information; a member of our professional, highly-trained team would love to walk you through every step of the process.