Off-road vehicles (ORVs) are made for family-friendly adventure and getting motorists off the beaten path. So, it's no wonder that demand for a complete range of recreational vehicles—from SxS and ATVs to Jet Skis and Sea-Doos—is through the roof, as consumers turn to nature to escape crowds and shutdown fatigue.

U.S.-based SxS, ATV, and snowmobile manufacturer Polaris was among those seeing "unprecedented" demand" for off-road vehicles as a result of the COVID-19 pandemic. Canadian manufacturer Bombardier Recreational Products Inc. (BRP) saw its 2020 sales surpass 2019, even with a pandemic-induced ORV manufacturing shutdown.

However, the popularity of these vehicles has long been on the rise—as has the competitiveness of this sector. CAGR for the global off-road vehicles market is projected to grow approximately 5.8% from 2028 through 2025, according to Market Study LLC. Drawn by the popularity of this sector, more vehicle options are emerging, giving consumers more choices than ever for off-roading opportunities. As a result, manufacturers are increasingly being challenged to innovate while lowering costs enough to attract new buyers.

With the biggest market for these vehicles sitting in the United States—in 2018, the U.S. captured a full 60% of global off-road vehicle sales—Mexico becomes an increasingly attractive location for ORV manufacturing. A wide range of major recreational vehicle manufacturers, and component suppliers, have already discovered that Mexico's balance of cost-effective labor and easy accessibility to the growing U.S. market offers an excellent competitive edge. 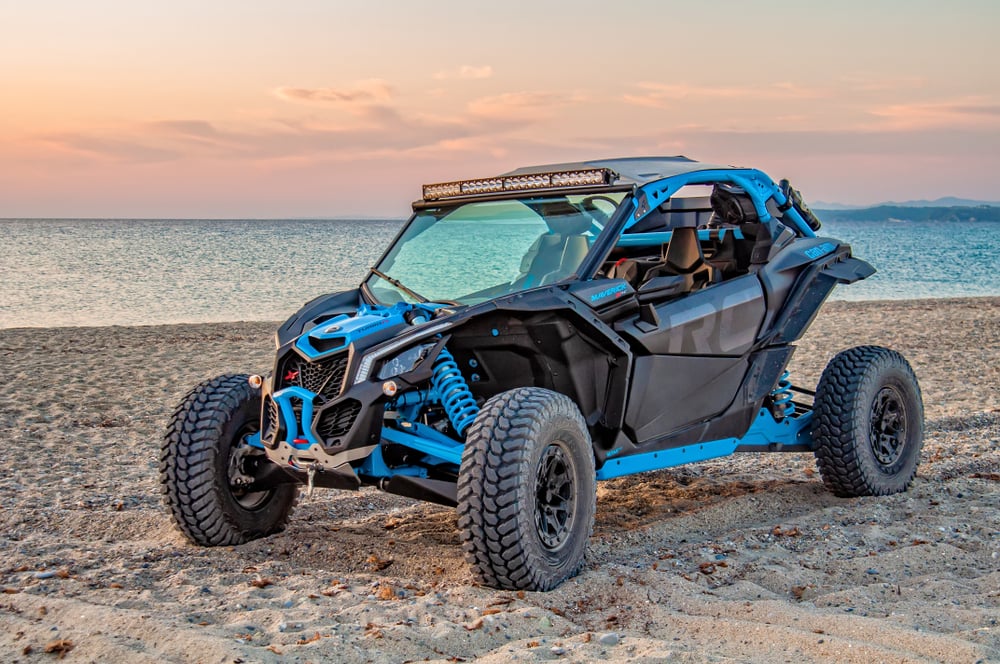 Mexico has long been known as a major automotive manufacturing site, and the dense supplier network supporting this industry has caught the notice of recreational vehicle manufacturers. For example, Polaris has a more than 700,000-square-foot facility in Monterrey, Mexico, with five vehicle assembly lines. Approximately 2,500 employees help produce Side-by-Side vehicles (also called SxS or utility task vehicles), engines, and various other components here. An SxS is a small four-wheel drive off-road vehicle that can seat one to six people, and in some cases haul cargo, for rides across primitive trails or rugged farmland. Polaris calls these vehicles a middle ground between classic four-wheelers and full-size off-road vehicles.

Sitting barely an hour from "little Detroit," as the city of Saltillo is known, Monterrey makes an excellent location for this leader in ATV production to source automotive-related components while tapping into local R&D resources.

Meanwhile, BRP began producing single-rider ATVs and personal watercraft at a facility in Juarez, Mexico, nearly twenty years ago. The company added a second facility there later to meet the growing demand for its Can-Am branded vehicles. In Queretaro, the company assembles Sea-Doo watercraft and the Rotax engines for the Can-Am brand. In 2020, the manufacturer announced plans yet again to increase manufacturing capacity with a third Juarez facility. The planned CAN $185 million facility would create up to 1,000 new jobs by the time it's operational in late 2021 to keep pace with the skyrocketing demand for its Can-Am SxS.

While there are significant cost savings, and investment incentives, to be gained from moving manufacturing to Mexico, it also offers an expansive network of nearby components suppliers. As these products grow in complexity and evolve to meet new trends, cost-effective access to components will be increasingly critical.

Many manufacturers find that they can more easily navigate cost-effective strategies for connecting with suppliers in both the U.S. and Mexico by working under the umbrella of a shelter service provider. Working with a shelter IMMEX company gives a manufacturer the ability to temporarily import goods into Mexico from the United States without having to pay value-added tax (VAT) of 16% on those imported goods, assuming they're incorporated into finished goods that are subsequently exported.

Evco Plastics, a Wisconsin-based plastics maker that molds parts for ATVs, jet skis, golf carts, and tractors, has found that the IMMEX program allows its three Mexico plants to cost-effectively import about 60% of the raw materials from the U.S., compared to the mere 15% of U.S.-supplied raw materials used by its plants in China. The manufacturer has also found that cost-effective manufacturing in Mexico has led to savings that have allowed it to invest in improved manufacturing technology. The result is that its U.S.-based staff can tackle more value-added tasks, such as programming "collaborative robots" that are then deployed in its Mexican factories.

While large manufacturers can and do operate as maquiladoras, many companies find that they can more rapidly launch into the market by working with a shelter service provider. The shelter company serves as the legal entity and employer of record in Mexico for all compliance-related issues. Companies that choose to operate in Mexico with the help of a shelter services provider are exempt from permanent establishment in Mexico and secure immediate access to IMMEX, IVA, and OEA certifications. The shelter company also maintains relationships with local business partners, such as labor unions, customs departments, and government entities. The shelter company can take on the manufacturer's desired level of administrative support while the company focuses on manufacturing.

Given the dramatic increase in demand for recreational vehicles in recent years, a shelter service provider makes an excellent way for OEMs, as well as the Tier 1, 2, and 3 suppliers who serve them, to rapidly launch or expand operations.

Ready to secure your competitive edge? Tetakawi can help. We've helped thousands of companies strategize their launch into Mexico and position their firm for a more competitive future. Contact us today.