The History of the Maquiladora Program in Mexico

From their beginnings in the early 1960s, maquiladoras have shaped Mexico’s economy, bringing growth in employment, trade, and service. In this post, we’ll take a look at how maquiladoras started and how they have evolved to create the modern industry we know today.

The beginnings of the maquiladora industry in Mexico

The term “maquiladora” is derived from the word “maquila”, which originally referred to the process of grinding wheat into flour in medieval Spain, as well as the grain retained by the miller as compensation. Since that time, the word has evolved to represent today’s modern meaning: a manufacturing operation that processes raw materials into finished products to be sold in countries other than where they were manufactured.

Maquiladoras in Mexico were initially developed in 1961 following the National Border Industrialization Program, an initiative by the Mexican government to encourage foreign investment and stimulate domestic markets. These efforts came out of the downfall of the Bracero Program, a policy that allowed Mexican agricultural workers to work seasonally in the United States. The loss of the Bracero Program meant high unemployment rates along the U.S./Mexico border, and the government created the first maquiladoras in response in 1964.

Shortly after the program’s launch, a few U.S. electronics companies set up shop in the border town of Tijuana, but the value of the Mexican peso at the time drastically reduced incentives to manufacture under the maquiladora example. Mexico borrowed a great deal of money in the 1970s to fuel the exploration of oil resources, and inflation rose steadily with the peso’s devaluation. Bankruptcy in the 1980s created an urgent need for hard currency – a need that was eagerly met by the U.S. manufacturers that wanted low-cost labor in an increasingly competitive global economy. 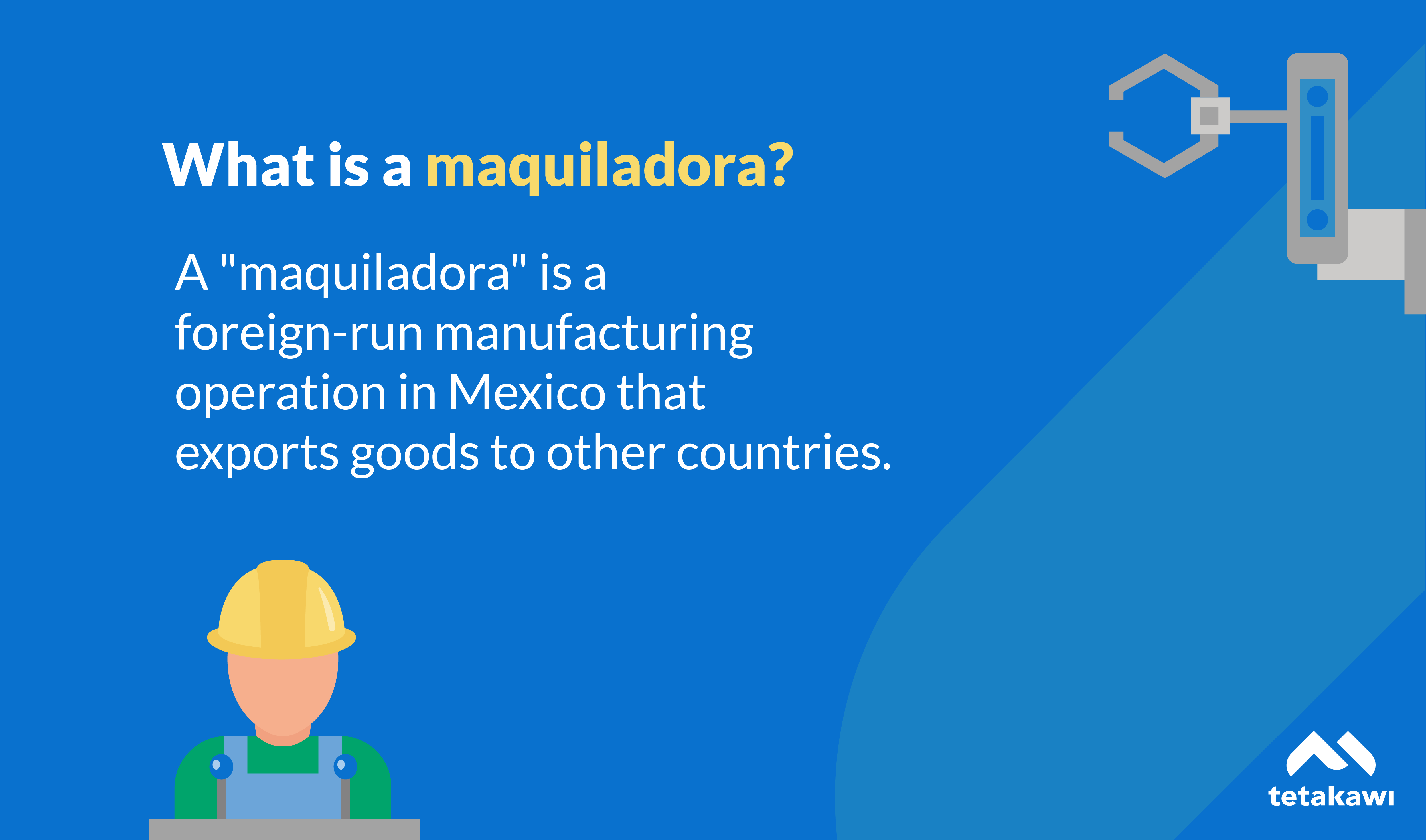 Early stages and the importance of NAFTA

The Mexican government recognized how important maquiladoras in Mexico would be in rebuilding their financial infrastructure, so they began to make foreign investment restrictions much more lenient. Under the Maquiladora Program, all raw materials imported into the country for manufacturing purposes became duty-free with one stipulation: the final product had to be exported back to the country of origin or to a third party.

In 1989, a revision to the program allowed maquiladoras to additionally sell up to fifty percent of their products to domestic markets in Mexico. Despite these benefits, however, maquiladoras remained a relatively untapped resource until the passing of the North American Free Trade Agreement (NAFTA) in 1994. When NAFTA implementation began, it created the world's largest free trade area, which linked more than 400 million people producing over $11 trillion in goods and services. It also increased Mexico’s visibility as a potential manufacturing partner for companies in the U.S. and around the globe.

Under NAFTA, maquiladoras could make use of waived Mexican import duties and receive preferential rates on duties for specific products. These benefits made it much easier for the manufacturing industry in Mexico to grow. Two-way trade with the U.S. under NAFTA was a catalyst for major economic growth, accounting for $345 billion in 2014. It is because of NAFTA, now USMCA, that the two-way trading partnership of manufactured goods, specifically automotive and aerospace, is possible.

The modern maquiladora and IMMEX

In 2006, the IMMEX Program (which stands for the Maquiladora, Manufacturing and Export Services Industry) was established with some additional benefits and became what we know as maquiladoras today. The program’s development reduced costs, created new ways for companies to operate, and modernized maquiladora establishment procedures. There are five distinct IMMEX registrations, which are based on the type of product or service exported: Holding Company, Industrial, Services, Shelter, and Outsourcing.

At its inception, IMMEX incentivized manufacturers to export goods and strengthen Mexican exports, and that growth has continued. In just over a decade, the program led to a ninety-nine percent increase in export trade, from $210 billion in 2005 to $419 billion in 2017. 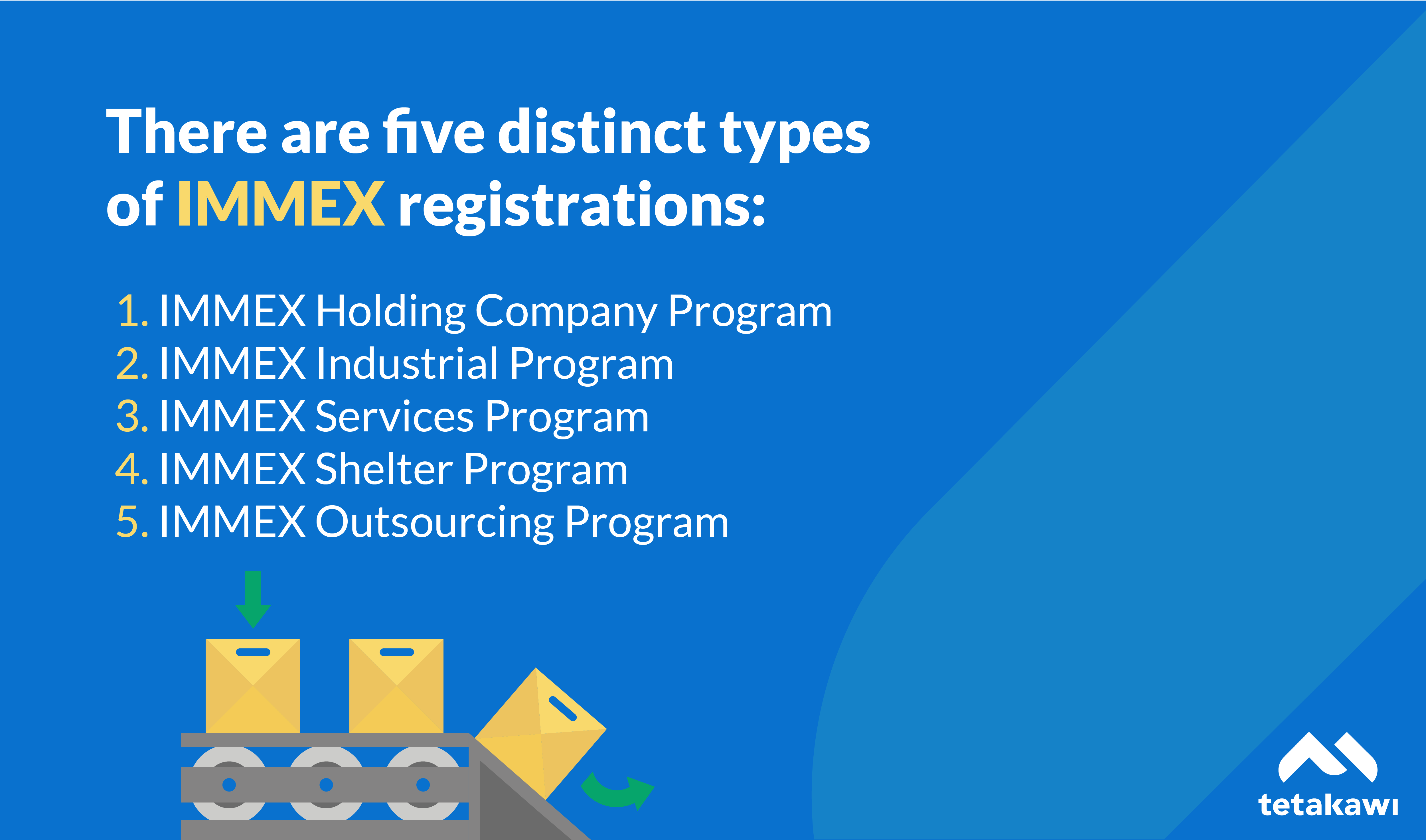 The benefits of maquiladoras

Maquiladoras offer tax, labor, and other benefits to their foreign-owned companies. Raw materials can be imported duty- and tariff-free, and then export the final product to the company of ownership. Typically, management of day-to-day operations is handled by Mexican-based management, but the ownership company controls all manufacturing expertise, operations know-how, and long-term strategic goals. The maquiladora program in Mexico is now well-established, and expansion is often attractive because:

Setting up a maquiladora in Mexico?

Given its history, the maquiladora is a highly accessible means to establishing new operations or expanding your current business in Mexico. If you're ready to explore the benefits of today’s modern maquiladora program, we can help. To get your questions answered or get started, talk to a Tetakawi expert to see how we can make manufacturing in Mexico a reality for your company.