According to the Observatory of Economic Complexity, Mexico’s top exports in 2016 were machines, specifically machines that use electronic parts. Of the consumer electronic products manufactured, computers, phones, video displays, appliances and other electrical components contribute to the $162 Billion USD in Mexico’s electronics exports to the world. 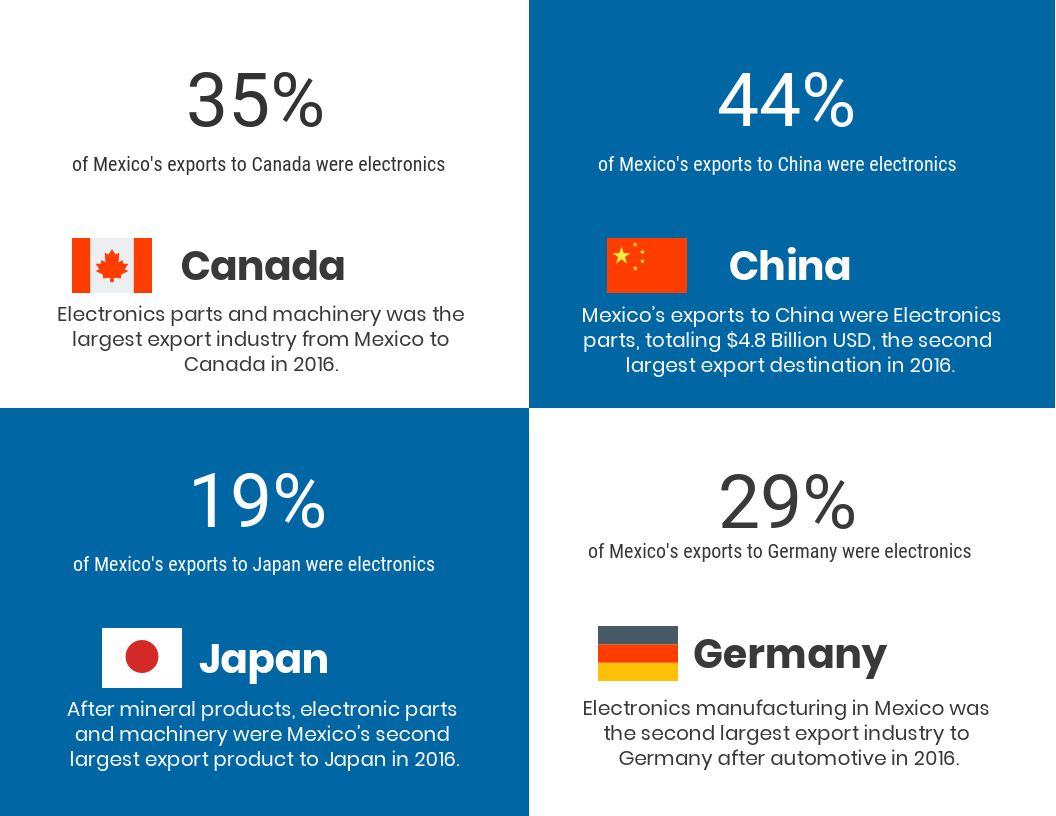 The inherent diversity of the electronics manufacturing industry enables specialized supplier and assembly clusters to thrive throughout Mexico. Specifically, Tijuana is home to one of the largest electronics manufacturing cluster, specializing in TVs, Radios, and other appliances. The success of Tijuana’s electronics cluster comes from the semiconductor supply chain that is comprised of 71 companies for a $419 Million USD production value in 2016.

Guadalajara, Jalisco is another location flourishing in electronics manufacturing. Also known as the Silicon Valley of Mexico, Guadalajara has established itself as a site for electronics investment. The city had $1,812 Million USD in foreign investments in 2016, and 83% of those investments went to the manufacturing industry. The city partners with these companies to improve local education programs and fosters skilled employees who thrive in high-tech manufacturing environments.

Overall, smartphones and computers are Mexico’s most frequently exported product to the world, representing the country’s history and experience in high tech manufacturing, and the skilled labor market that comes with it. As a top producer of electronics, Mexico maintains a competitive advantage for investment in the manufacturing industry.