The Advantages of Manufacturing in Mexico

Choosing to manufacture in Mexico affords numerous advantages when it comes to cost, economies of scale, available labor, and more. Learn six advantages of manufacturing in Mexico and where to start if you’re considering your options.

The advantages of manufacturing in Mexico are vast, which is why the country has become one of the largest manufacturing economies in the world. While open trade and proximity to the U.S. are both clear selling points, the draw to Mexico goes much further than those qualities alone. From electronics production to automotive manufacturing, a wide variety of industries are making the strategic decision to tap into Mexico's resources and highly competitive environment. Also read about advantages to manufacture overseas.

There are six main advantages of manufacturing in Mexico that companies should consider when weighing their options:

One of the primary benefits of manufacturing in Mexico is the tremendous cost savings the country provides to businesses. Mexico boasts highly-skilled, dependable labor that is up to 70 percent cheaper than the cost of labor in the United States. Moreover, companies operating in Mexico have access to infrastructure that is modern but affordable. Here are some average wages for factory workers in Mexico:

The average cost of real estate in the U.S. is $9 per square foot. In Mexico, this overhead expense is far cheaper, averaging $4.74 across five major manufacturing cities – a savings of nearly 50%. Overall, the operating costs are considerably lower, which is why expanding to Mexico is such a smart decision.

Gaining the benefit of economies of scale is one of the top advantages of manufacturing in Mexico. Aside from the fact that the country's proximity to high-demand markets means manufacturers have the opportunity to export products easily and cheaply, businesses operating in Mexico have access to a vast pool of customers within various industries. As the fifth-largest exporter of computers, the sixth-largest aerospace supplier, and the eighth-largest automotive manufacturer, companies have the opportunity to do business with a growing base of OEM's and Tier 1 companies that want a local supply of goods.

Given the high concentration of manufacturing operations in several industries, companies looking to do business in Mexico can also make use of established infrastructure and robust supply chain networks. Mexico is well-known for its automotive cluster, for instance: auto and auto parts manufacturing is the country’s largest industry, with 21 OEM plants that produce more than 3 million cars per year. 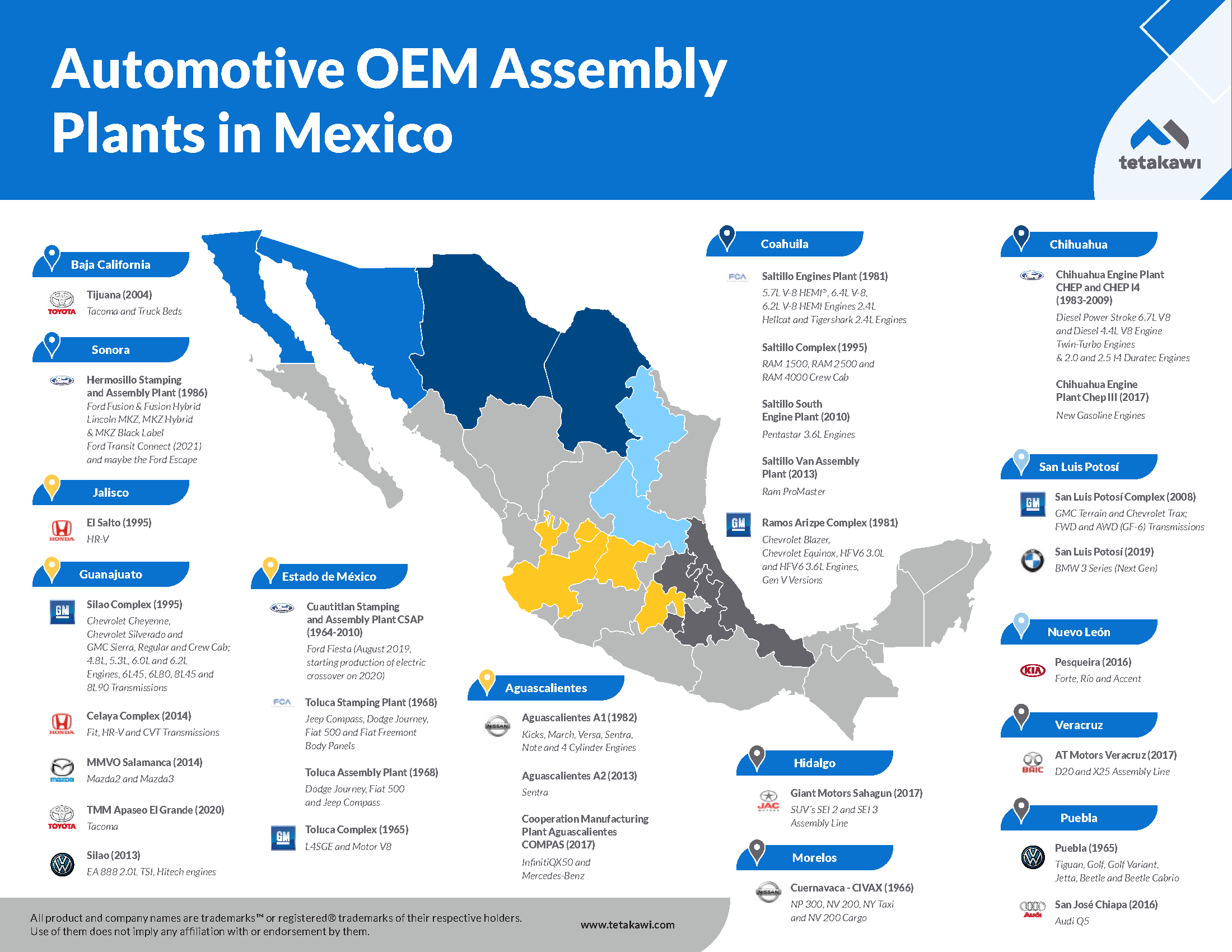 The demographics that define Mexico's workforce and community make manufacturing operations competitive, now and in the future. Mexico's population has a median age of 26, compared to 37 for the U.S., and a total labor force of 47 million people. More importantly, though, is the fact that while Mexico's labor is cheap, its workers are also qualified. Currently, 115,000 engineers graduate annually, there are 3 million citizens enrolled in post-secondary education, and the country boasts a 93 percent literacy rate.

These demographics are one of the biggest advantages of manufacturing in Mexico. You can learn more about them as well as how to recruit and retain the best talent with our labor market reports.

As Mexico opened up its borders to trade when it signed on to the North American Free Trade Agreement, its economy became diversified, which welcomed new business there. Mexico's robust economy, culture, and environment help companies to balance risk effectively.

In fact, Mexico’s government encourages this diversification by offering numerous benefits to companies bringing their business to the country via the use of the IMMEX or Maquiladora Program.

The advantages of manufacturing in Mexico may seem too good to be true. However, the reality is that expanding to the country is not that difficult because ease of entry is one of the main benefits of doing business there. Due to the similar culture and language, strategic location between the U.S. and Latin America, favorable business climate, and access to shelter services through the maquiladora system, launching an operation in the country is simple.

Mexico has more Free Trade Agreements (FTAs) than any other country in the world – which makes it a strong exporter to countries around the globe. More than 50 countries are partnered with Mexico in global agreements that reduce barriers to trade, which encourages the transit of goods and services worldwide. In fact, with 14 FTAs, Mexico has access to over 60% of the world’s gross domestic product and boasts agreements with countries in Europe, South America, and Africa among others. Want to learn which countries benefit from doing business in Mexico? Get our comprehensive list of Mexico’s free trade agreements here, as well as details about each agreement. 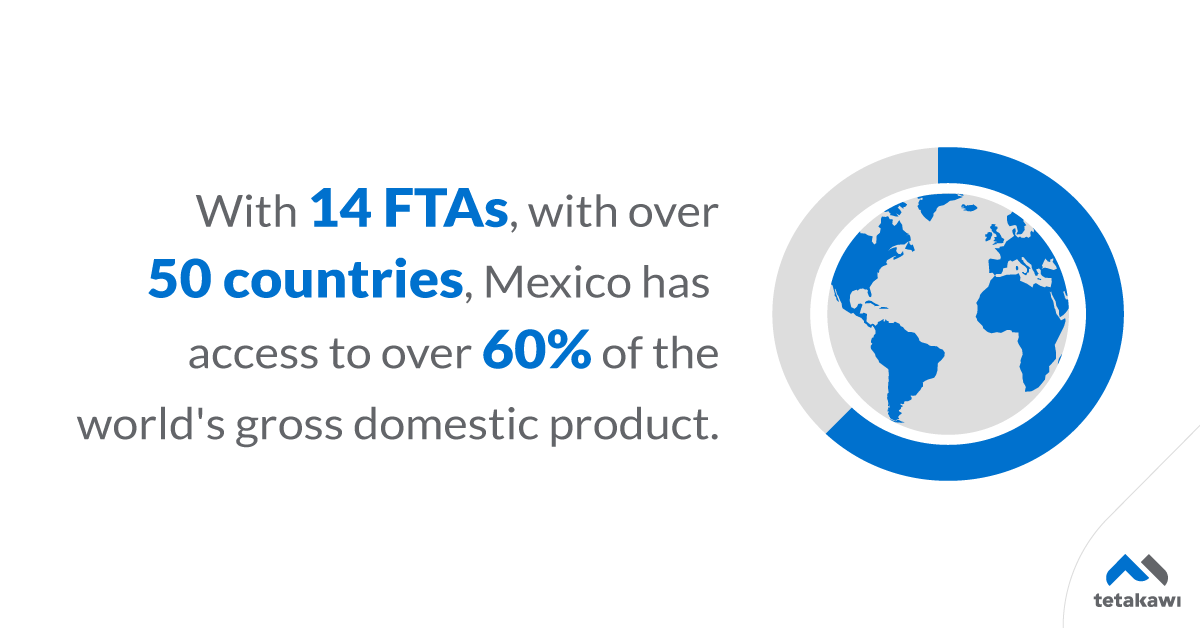 Is Mexico right for you?