Meeting the Manufacturing Needs of Aerospace Companies in Mexico

Although the aerospace industry has taken off in Mexico, this growing sector presents many opportunities for foreign manufacturers looking to create a strong foothold in a developing niche.

Today Mexico is the 14th largest aerospace supplier globally and the sixth-largest exporter of aerospace components to its neighbor, the United States, according to a 2019 report developed for the Ontario Ministry of Economic Development, Job Creation and Trade and the Mexico International Trade Development Representative. In 2017, the sector saw $8 billion in revenue from its 330 companies. But more promising still is the fact that exports from Mexico’s aerospace market have grown by 15 percent across the last ten years.

In recent years, the country has leveraged its manufacturing strengths in the automotive industry—including experienced labor, industrial infrastructure, and well-connected supply chains—to develop its aerospace expertise. As aerospace manufacturers moved to Mexico to benefit from these advantages, they continue to strengthen the supply chain and expand the benefits available to the sector as a whole. 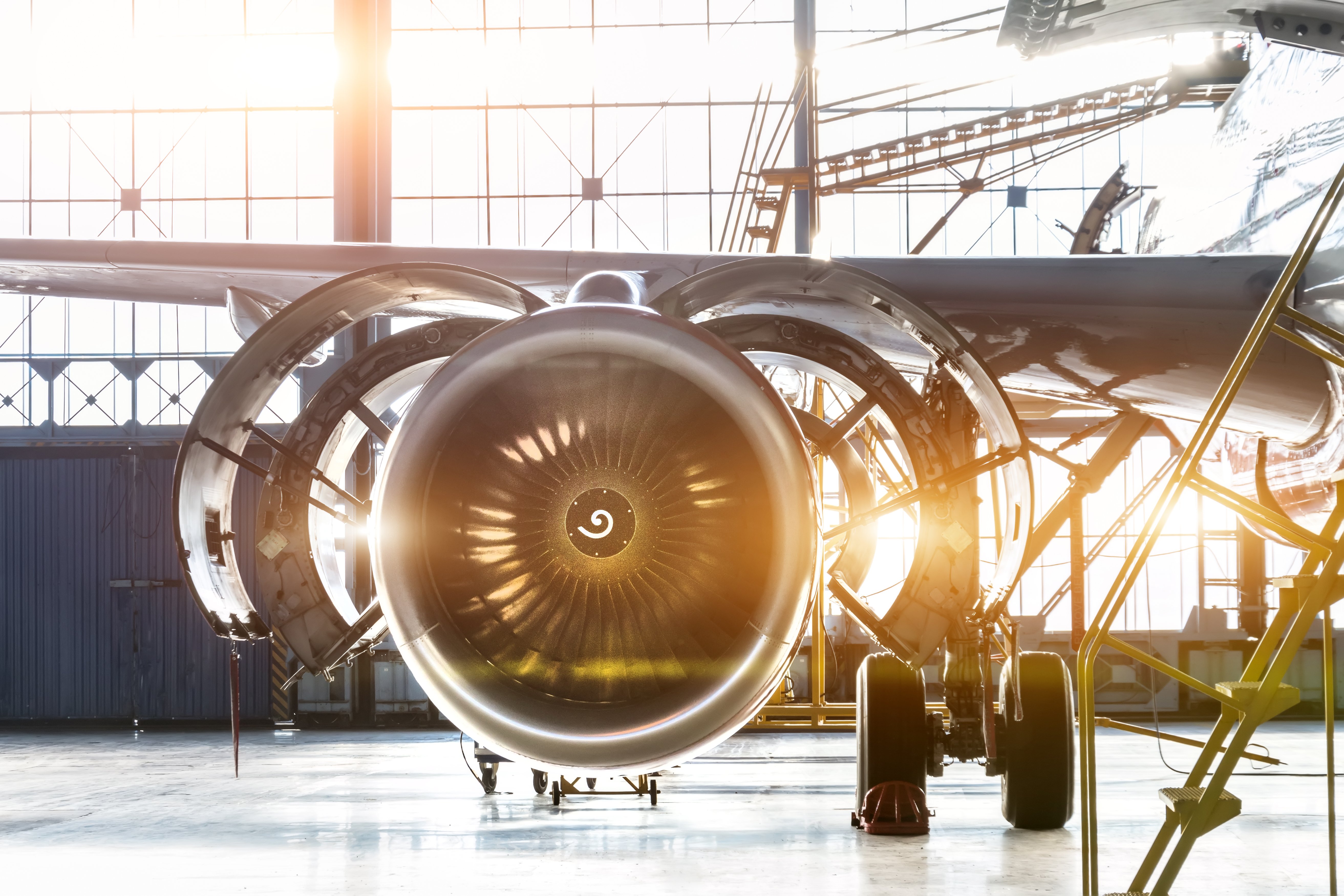 If the existing infrastructure supports growth in aerospace manufacturing in Mexico, it’s largely due to support from and investment by the Mexican government. First, there are the tax incentives available through the IMMEX program, which eases the burden of entry into manufacturing in Mexico. Also, Mexico is a partner to more free trade agreements (FTAs) than any other country in the world, making it a reliable trading partner with more than 50 countries, with agreements reaching into Europe, South America, and Africa. Through these agreements, Mexico has access to more than 60 percent of the world’s gross domestic product.

However, many aerospace manufacturers have opened locations in Mexico to benefit from the cost advantages of employing its well-trained workforce. Mexico has a young working population, with a median age of 27 years old, which includes a large number of engineering graduates each year. Some of these graduates go through specialized institutions like Aeronautical University in Queretaro or training programs developed to support the manufacturing industry.

As more manufacturers move to Mexico to benefit from these advantages, the infrastructure continues to improve.

The advantage of industrial clusters 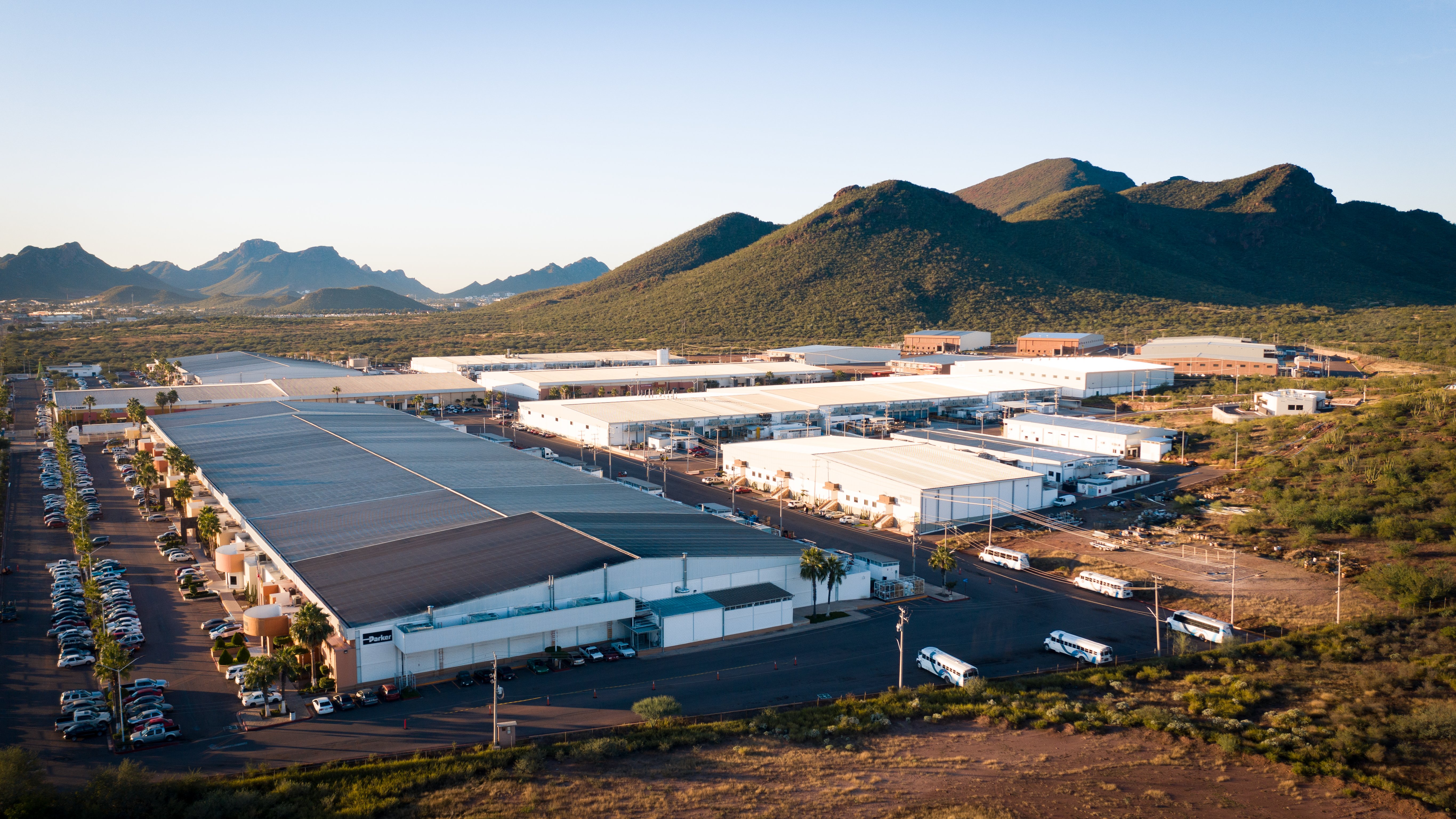 Sonora is an excellent example of how aerospace expertise has grown out of the mature automotive supply chain. Sonora is home to one of the most significant aerospace manufacturing companies in Mexico. The region began as an automotive hub, home to Ford’s stamping and assembly plant in Hermosillo, and more than auto 40 suppliers but has since grown a specialty in turbine production. Much of this activity is centered around the coastal city of Guaymas, which is home to the Roca Fuerte manufacturing community.

In Mexico, manufacturing communities like this one offer more than an industrial park in which to operate. Roca Fuerte, for example, combines leasable Class A industrial space with shelter services under the IMMEX umbrella that include a legal framework and onsite support. Roca Fuerte is also home to CEFTA, a cutting-edge training center that provides customizable support to operations in one of the largest aerospace clusters in all of Mexico. Around these resources cluster companies like BAE Systems, which manufactures commercial aircraft electronics; Bodycote, which provides thermal spray coatings for aircraft engines; and Walbar Engine Components, a manufacturer of turbine engine components.

Many of the leading aerospace OEMs and their Tier 1 suppliers have built a base in Mexico. These include Airbus, which has had a presence in Mexico for more than 35 years. The company manages 700 employees across three divisions, including a manufacturing facility in Queretaro, but lays claim to generating more than 5,000 indirect jobs through its Mexico supply chain.

Boeing is a more recent entrant to manufacturing in Mexico. The company has produced products here through a joint venture with seating manufacturer Avient and, more recently, the acquisition of EncCore Group, a manufacturer of interior aircraft components with a facility in Baja California.

Bombardier is more deeply entrenched in the local supply chain. The aerospace company opened a facility in Queretaro in 2008 to manufactures aft fuselage for Global business aircraft, among other components. In 2015, the site employed more than 1,500 people, although that may be shifting. In 2020, Bombardier sold its electrical wiring activities in Queretaro to French aerostructures and electrical equipment manufacturer Latecoere. The $50 million sale will give the Tier 2 supplier around 700 staff and an annual turnover of approximately $80. Under a long-term cooperation agreement, Latecoere will supply electrical wiring systems for Bombardier’s business jets. Latecoere already has an established presence in Hermosillo, from which it supplies Airbus, Boeing, and others.

Still, French Tier 1 manufacturer Safran claims to be the largest aerospace employer in Mexico with approximately 13,000 employees. The company has expanded broadly in its 25 years in Mexico, and boats 14 production and maintenance facilities across Chihuahua, Queretaro and Mexico City. These include the aircraft wiring plant in Chihuahua, the largest in the world, and two centers of excellence in Queretaro.

While the presence of many OEMs and Tier 1 leaders has helped strengthen the local supply chain, the Ontario Economic Development report notes that the country’s aerospace supply chain remains “top-heavy,” in that OEMs and Tier 1 suppliers tend to be better established than local Tier 2 and 3 suppliers. Herein lies a tremendous opportunity for foreign investors.

Each of the regions featuring aerospace clusters are, in general, known for focusing on certain product types. As a result, there remain certain components that must be shipped across regions, adding to operational costs. Many companies manufacturing in Mexico have become vertically integrated to offer specialized capabilities in order to reduce this need to ship parts back and forth, but specialized gaps do remain.

Whether you’re looking to leverage the extensive aerospace supply chain in Mexico or transform it, Tetakawi can help. Reach out with your questions, and we can help you position your company to excel at aerospace manufacturing in Mexico.